As much as we would like to claim to be the first to create a heat map of a responsa collection, we are not. Dr. Haim Gertner, the Director of the Yad Vashem Archives Division has that distinction; he is our Bill James. In his 1996 MA thesis[1], he produced the following heat map of Rabbi Shlomo Kluger’s (1785-1869, Brody, Galicia; henceforth RSK) responsa:

In the above map, Galicia is the only province in the darkest region, and the next level consists of four Russian territories that had been part of Poland before the partitions: Congress Poland, Volhynia, Podolia, and Kiev. Though Galicia had been annexed to Austria more than half a century prior to Rabbi Kluger’s most active period (c. 1838-1864, per Gertner), his sphere of influence extended across the border between Russia and Austria (later Austria-Hungary), yet only penetrated those parts of the Habsburg realms–Northeast Hungary (Unterland) and, to a lesser extent, Transylvania–whose Jewish populations were growing due, in no small part, to Jewish immigrants from Galicia. Moldavia, too, fits this profile. We can conclude that RSK’s sphere of influence was Polish. It crossed imperial boundaries, but did not cross the Pripet Marshes to Lite, the territories of the defunct Duchy of Lithuania, to the northeast, nor to the more Germanized (and later Magyarized) communities of Oberland to the south and west.

Let us take a moment to discuss cultural borders and borderlands. One can map, with great precision, almost any cultural manifestation, from Orioles and Nationals fandom and the borderland between them, to what one calls flavored fizzy beverages. Things get interesting when a territory produces very similar maps for very different cultural expressions. In the present case, RSK’s sphere of influence largely corresponds to the areas where Mideastern and Southeastern (as opposed to Litvish and Western) dialects of Yiddish were spoken[2], and where the gefilte fish was sweet, not savory[3]. It turns out that our guiding question–What goes into a rabbi’s decision about who to turn to for answers to difficult questions?–is answered in part by culture. Rabbis were more likely to entrust such questions to a greater rabbi within the same cultural sphere. That is, in the case of Galicia, to a rabbi who made latkes from kertoflen, not bulbes.

This divide also corresponds to the political division between the Kingdom of Poland and the Duchy of Lithuania, and we see that the cultural divide persisted even after the political boundary became defunct. However, Gertner surmised that the Jews of different empires would converge internally and diverge from one another as time went on, thus reshaping these cultural borders. Galician Jews would develop stronger affinities with Austrian, Hungarian, and Moravian Jews, while ties with Volhynia and Podolia would be weakened, and so forth.

We can actually test this hypothesis with our data on Maharsham’s 1444 tagged responsa.  The heat map we posted in our first post looks an awful lot like the RSK map, indicating that those cultural borders persisted right up to World War I.

A better way of visualizing this is to plot the Maharsham data onto a map of Europe’s year 1700 political borders. 1072 (74%) were sent to areas within the Kingdom of Poland, against 18 (1%) to the Duchy of Lithuania. The internal division of a confederation that had ceased to exist a hundred years before Maharsham’s responsa-writing prime is the most salient border in his sphere of influence.

Returning to the Maharsham heat map, we can break things down more precisely. 790, or 55%, of his responsa were to Galicia. Looking at the dots of individual cities, we see that the responsa were evenly distributed throughout Galicia, more or less. Elsewhere in the Polish Jewish sphere of influence, there are 134 responsa addressed to Congress Poland (9%), and 227 to the eastern Ukrainian regions (16%; this includes the 13 responsa to Kherson, which were all to Odessa, and the 41 sent to Bukovina). Moreover, to the extent that Maharsham’s influence expanded beyond Galicia to the south and west, it was to regions that were very close to Galicia and to which Galician Jews were migrating in significant numbers, especially Northern Moldavia (37), Maramaros (78), and Transcarpathia (27). An additional 10% of his responsa went to these regions. That brings us to 90% of his responsa.

In all, there is a slight shift to the south and west in comparison with RSK. RSK wrote more responsa, both proportionally and in terms of raw numbers, to Volhynia, Podolia, and Kiev than Maharsham did, and most of the responsa that Maharsham sent into Russia were to places relatively close to the border with Austria. On the other hand, Maharsham had more of an influence in Hungary, especially those regions of Unterland that were near Galicia. One can even see that there were a number of communities between Budapest and Galicia–Eger, Mad, and Bodrogkeresztúr (Kerestir), to name a few–that sent their questions to Maharsham (2% of the total). The overall picture is one of striking similarity with a slight tilt away from the Ukrainian interior and toward Eastern Hungary.

Next post will delve a bit deeper into the data and look at some individual cities. For those who want to play along at home, look at Sighet, Przemysl, Cluj, Drohobych, and a town that readers will be becoming familiar with: Bychkiv.

[3] Note that the line drawn on the map associated with this article does not correspond, in any meaningful way, to the actual dividing line between sweet and savory gefilte fish. 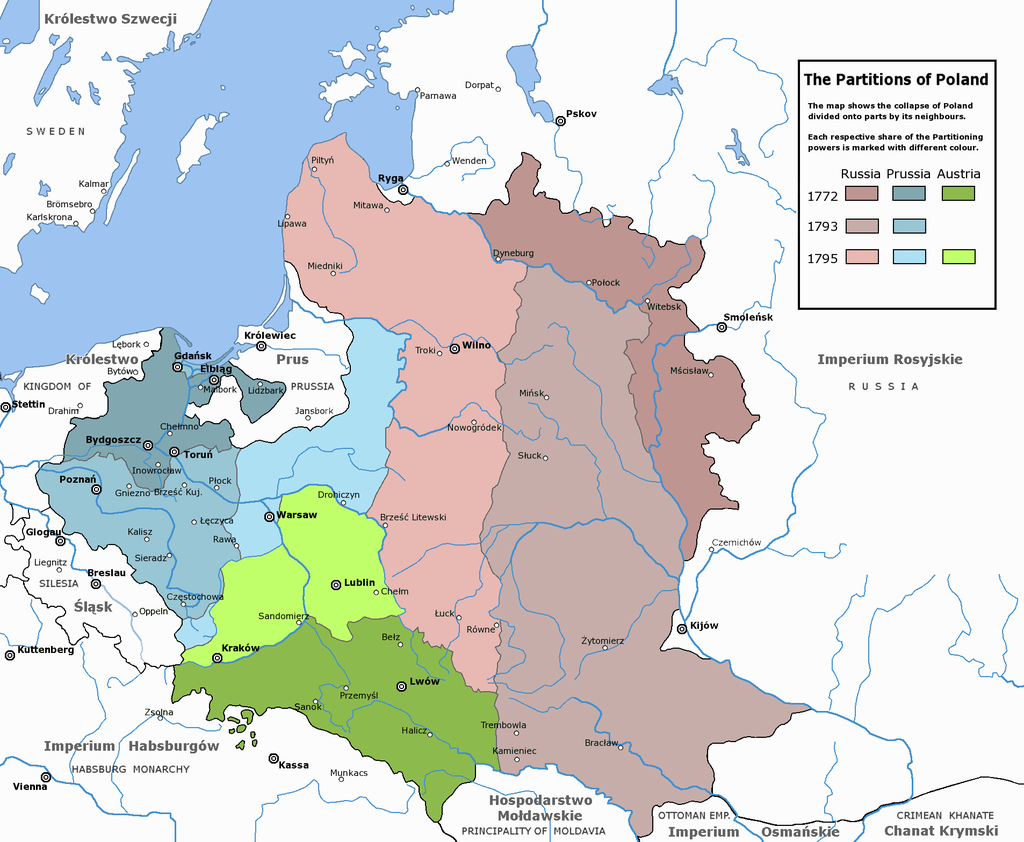